Inspired by Ironman’s Arch Reactor, the circular reverberation of the Arch Reactor is exemplified at the central lobby’s featured ceiling and floor with electrifying sky blue transpiring to the cinema corridors and theatre halls. This sky blue lighting subdued at the kids’ play area, creating a warm atmosphere.

Separated into 4 levels, the lobby level, mezzanine level, theatre entry level and projector room levels, are designed to ensure separated access and circulation for patrons and that of operations. Pocket of retail, food & beverages and toilets are placed as pocket spaces with its coverage within the 4 layered cinema floors. As MBO’s flagship cinema, we have designed a holding area with raised floor for movie premiere function, with visual access from the shopping mall. This allow for larger and layered participation across the building. Exclusive entry and exit for celebrities and important guests are pre-planned to allow successful operation.

Reaching into the corridors and theatre halls, the sky blue cove lightings assume its wavy form to mimic the flight pattern of the Iron Man Suit. In the largest hall (328 seats) (65 ftW x 40ftH), the cove lines become tripled, matching the multiple iron man suits flight in the Iron Man 3.

From entrance level till the theatre halls at the top floor, careful planning of circulation and placement of ramp and lift facilitates wheelchair access to all halls. 2 of the halls are installed with children friendly facilities, playground with multiple slides, nappy room, family beds, and family friendly lighting and acoustics. The walls and ID fittings are padded with soft patching so kids can run freely in the hall.

The introduction of merchandise/souvenir retail space, the Grab & Go shopping concept, the cinema becomes dynamic with activities of consumption and entertainment. By doing so, retail space is infused into the circulation, allowing spatial efficiency and retail induced experience. The invitation is made, through the large entry and with high visibility into the concessions, retails, box office and the ticketing area. By doing so, non-cinema patrons may also linger, shop or even take a sip in the Cineplex facility.

Being the flagship setup, the cinema hosts the Operator’s Headquarter Office at the underneath of the slanted concrete slab, creating an opportunistic space for close proximity to the Flagship Cinema. As the flagship cinema setup, the Premiere Hall has its own private foyer, with spacious seating and recliners. Onyx Hall boasting its largest HD Led screen and a first in Malaysia. 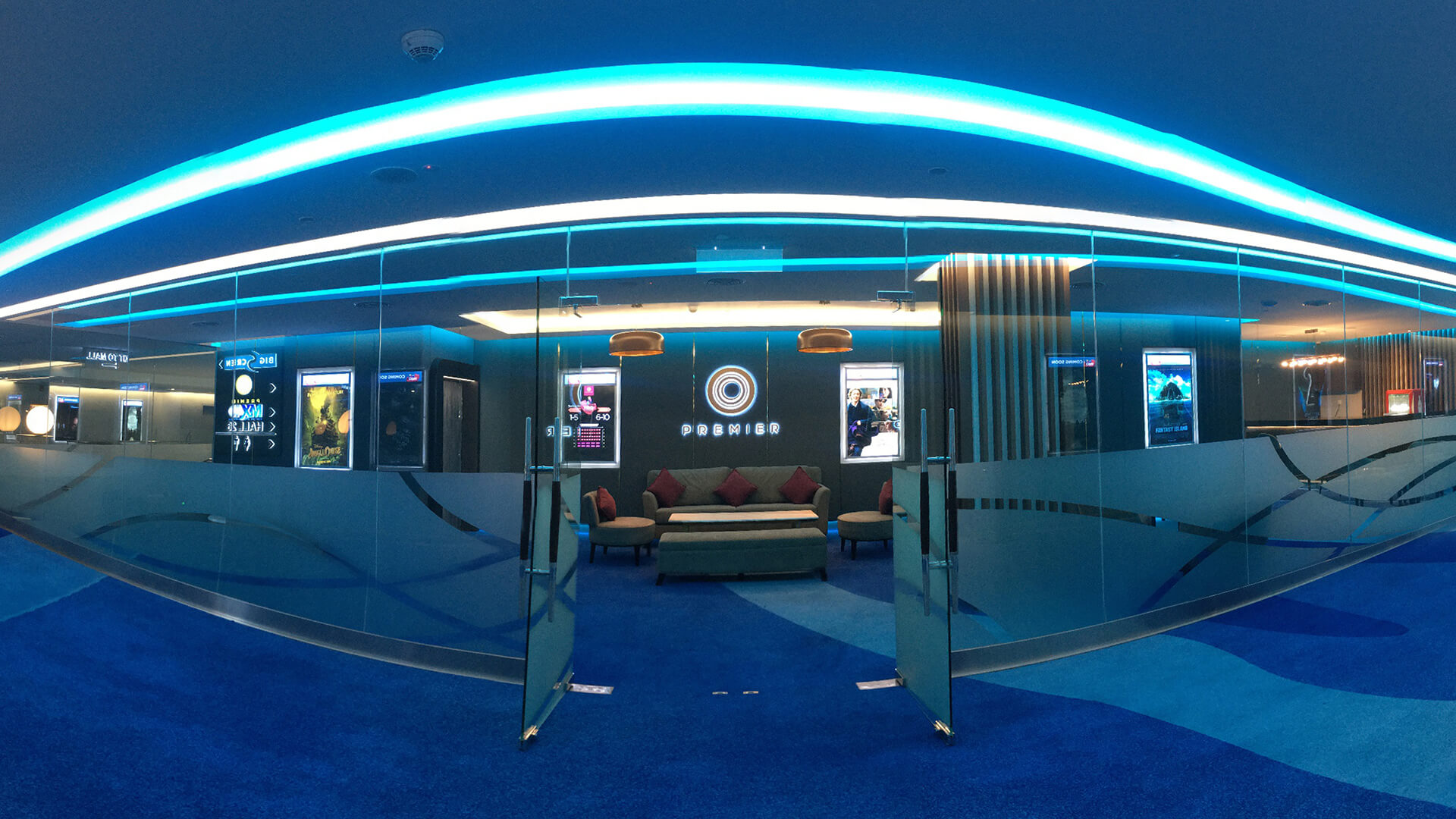 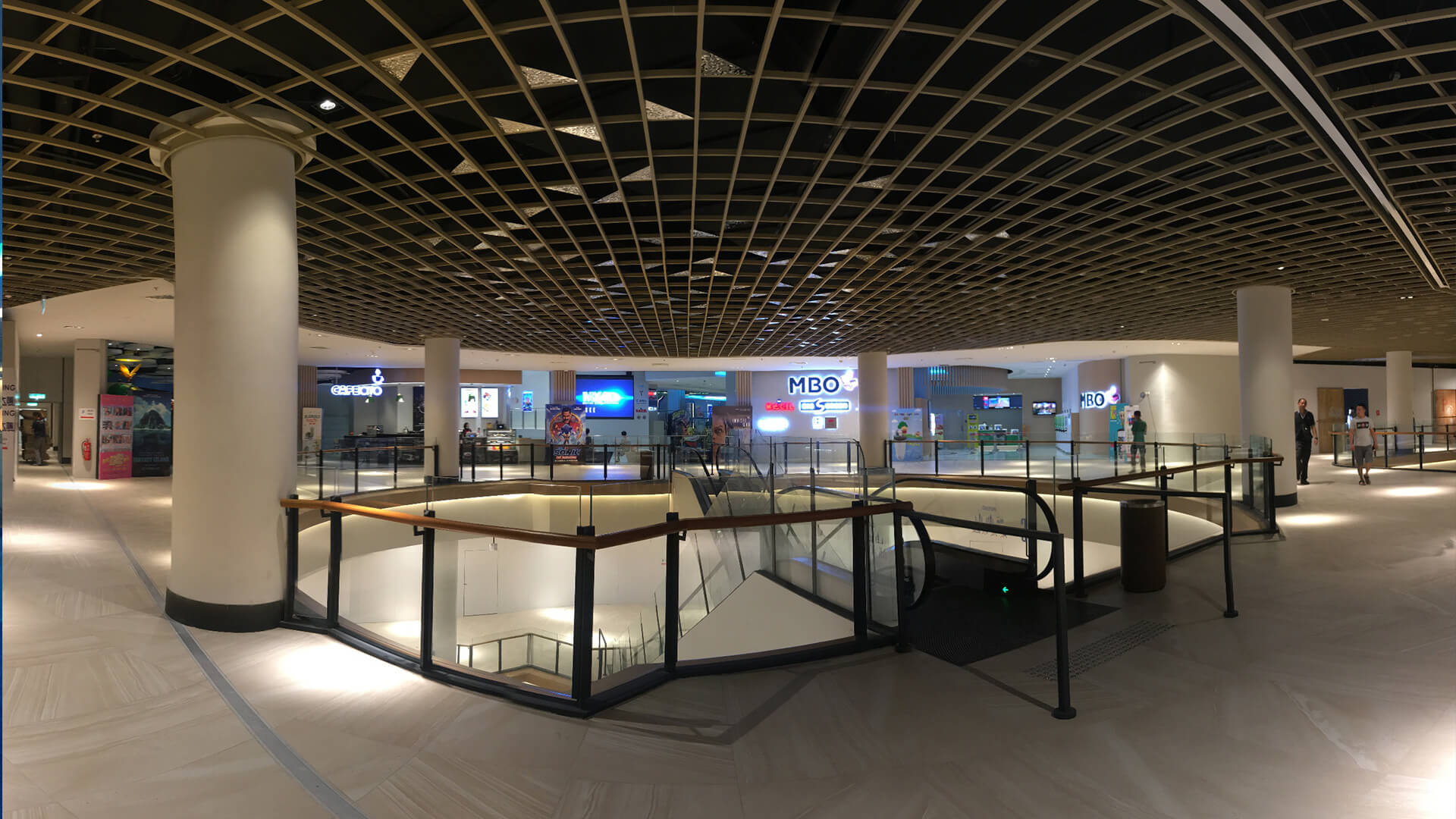 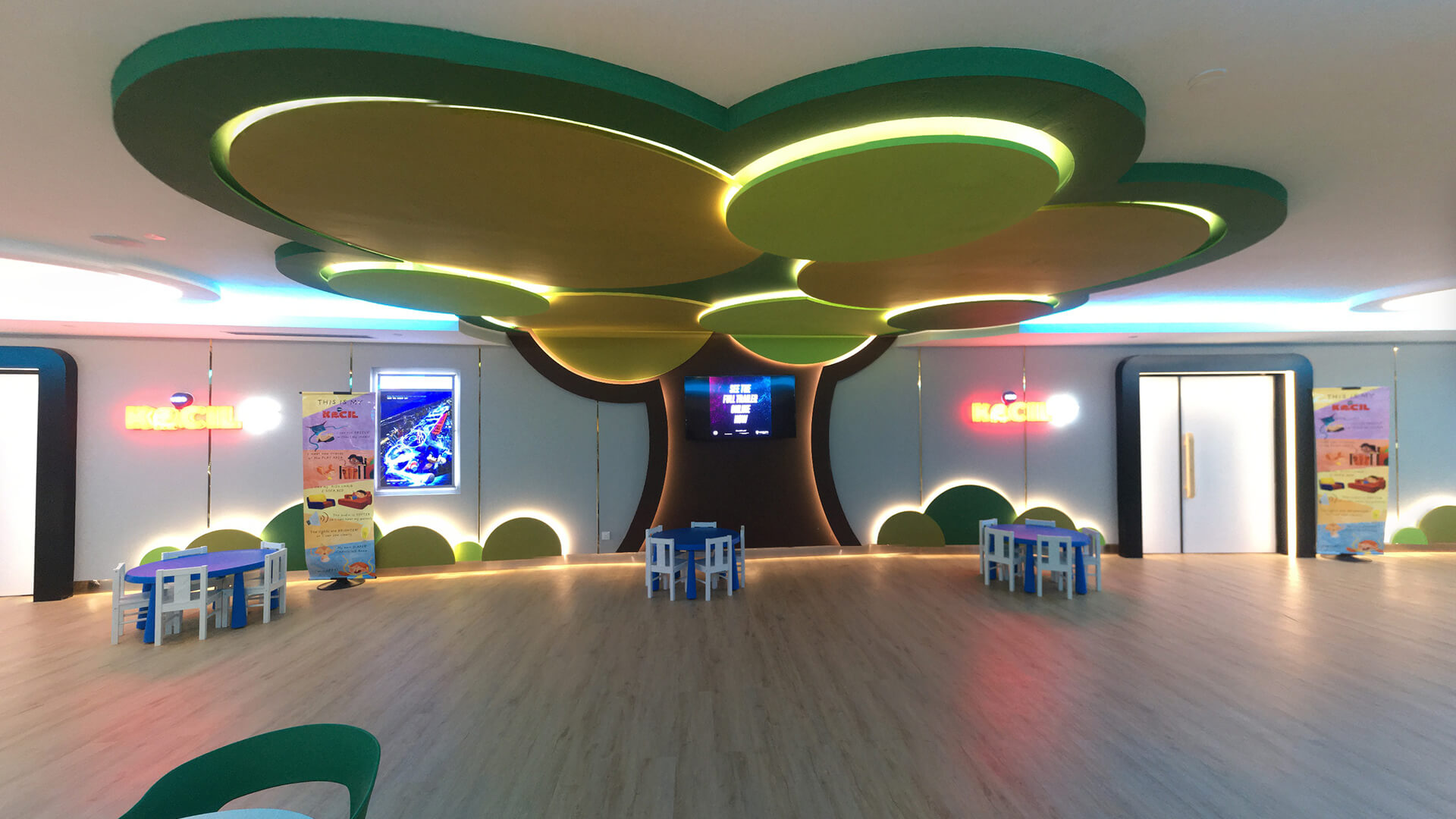 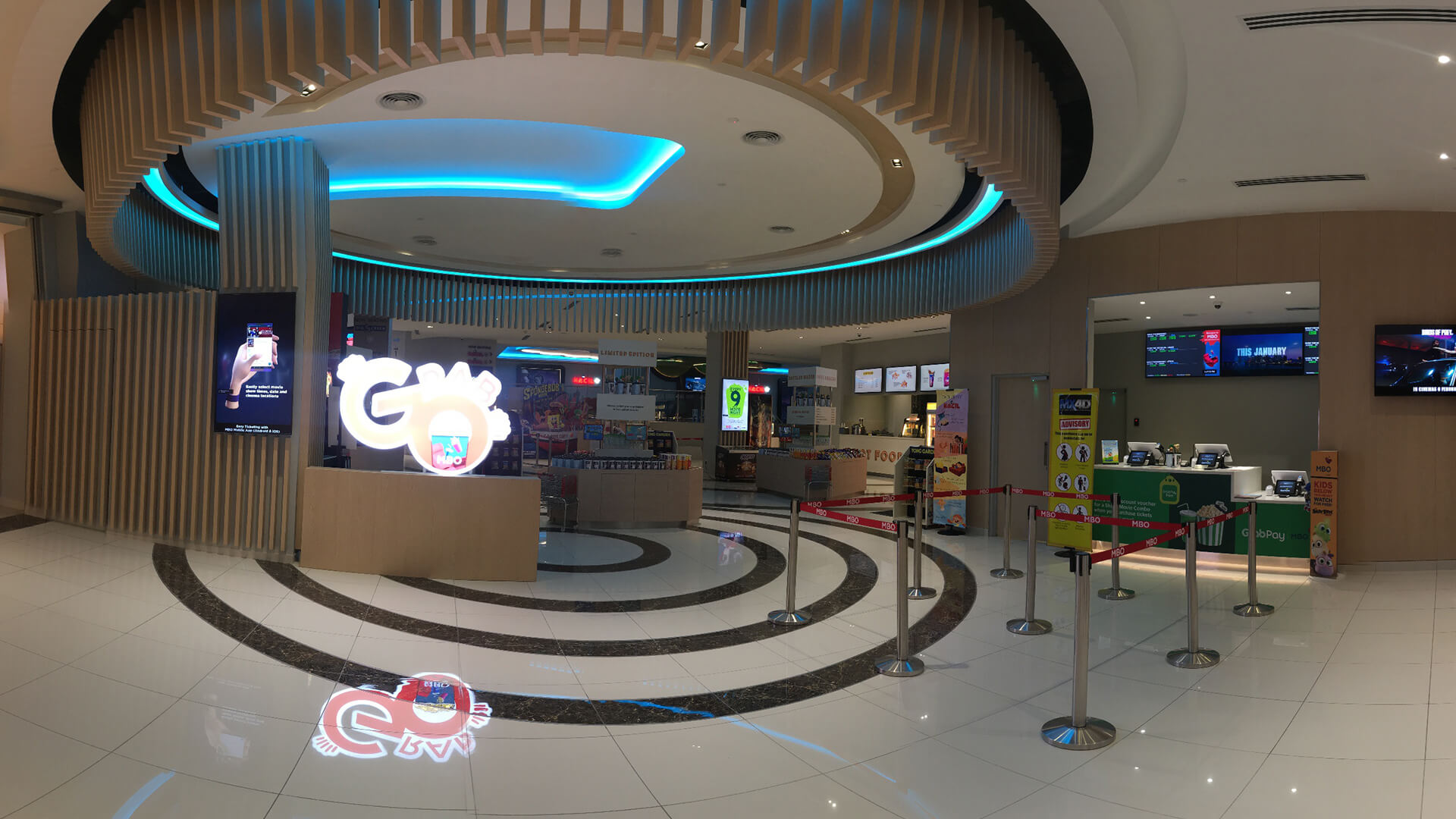 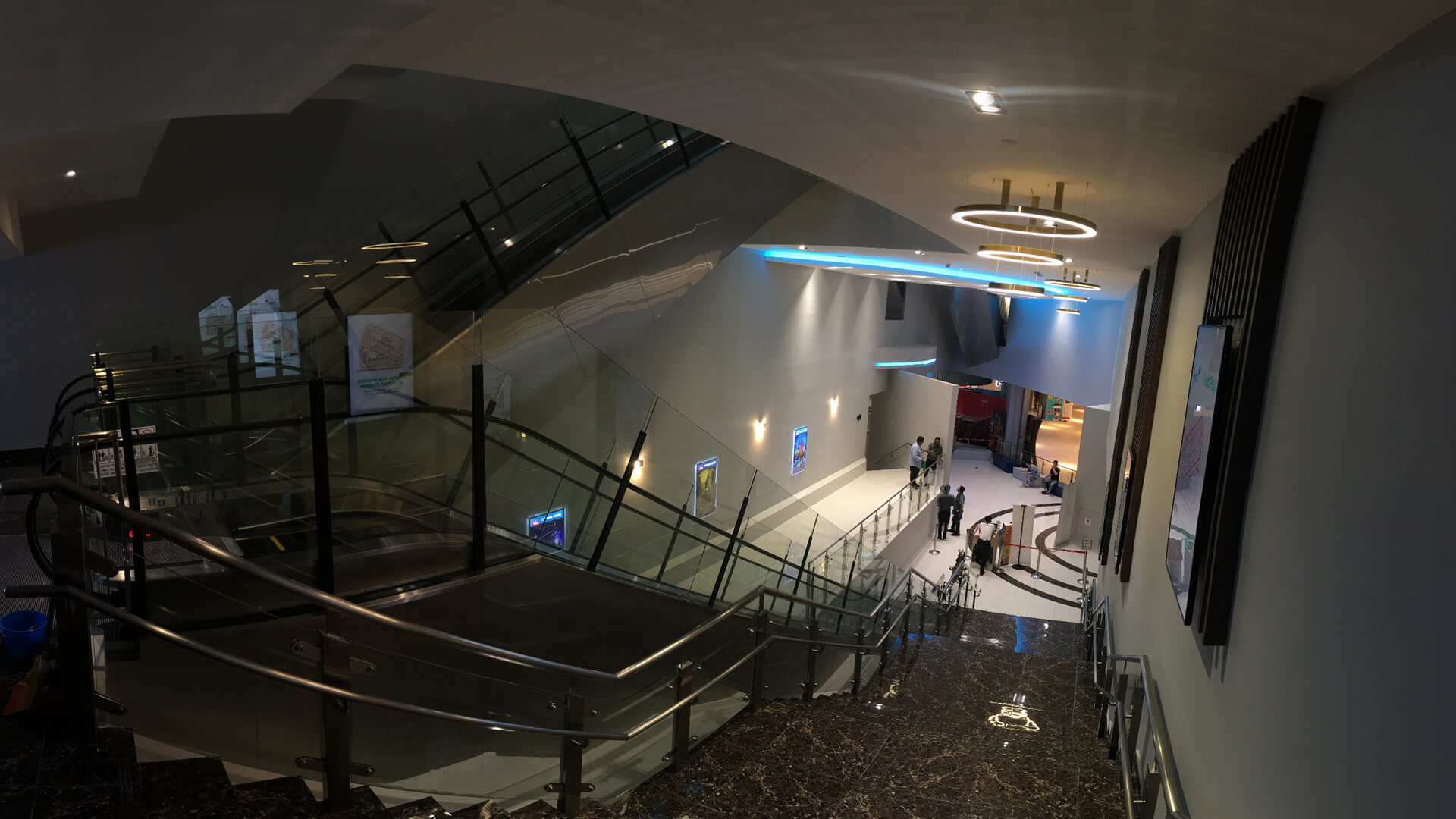 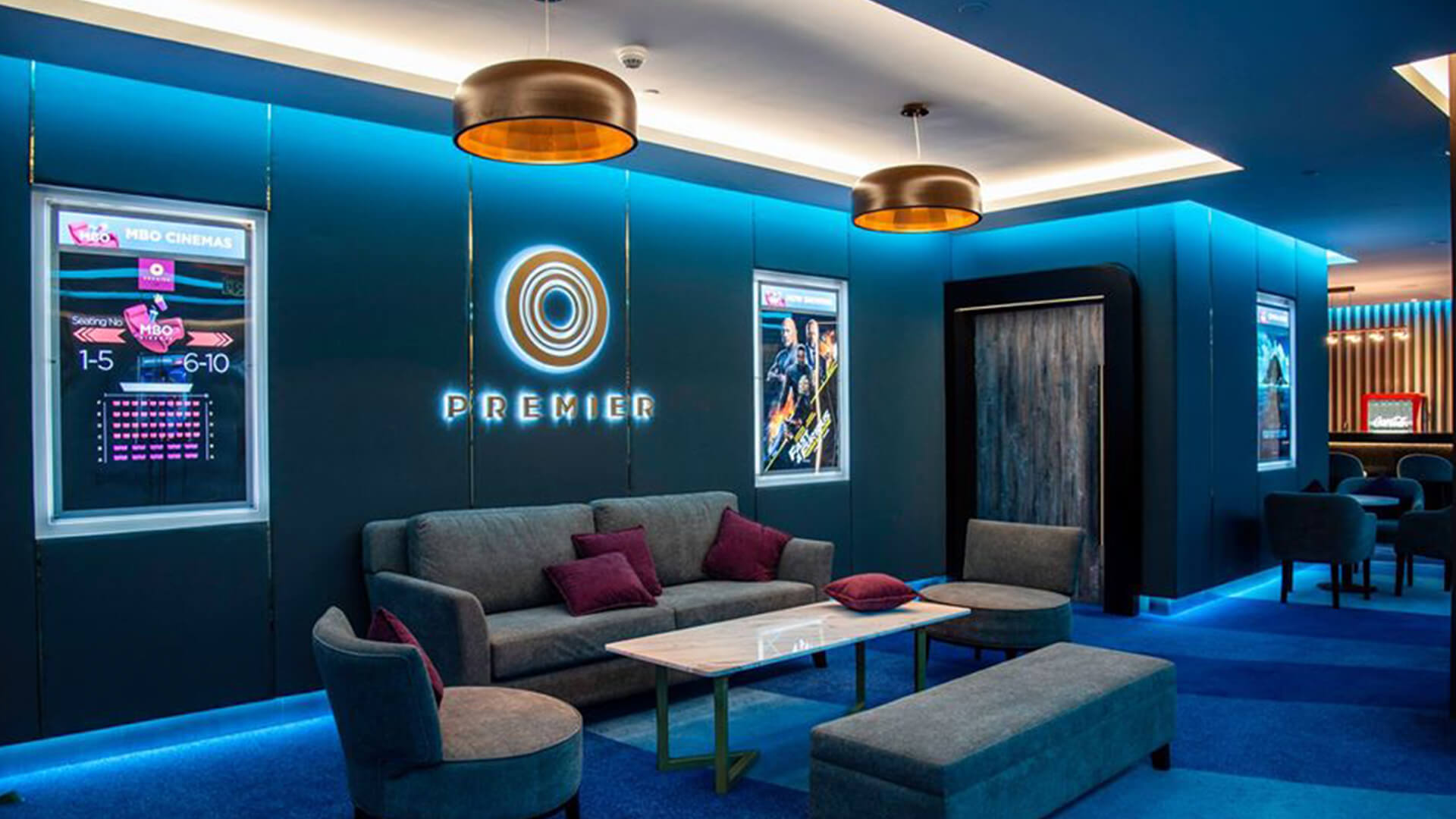 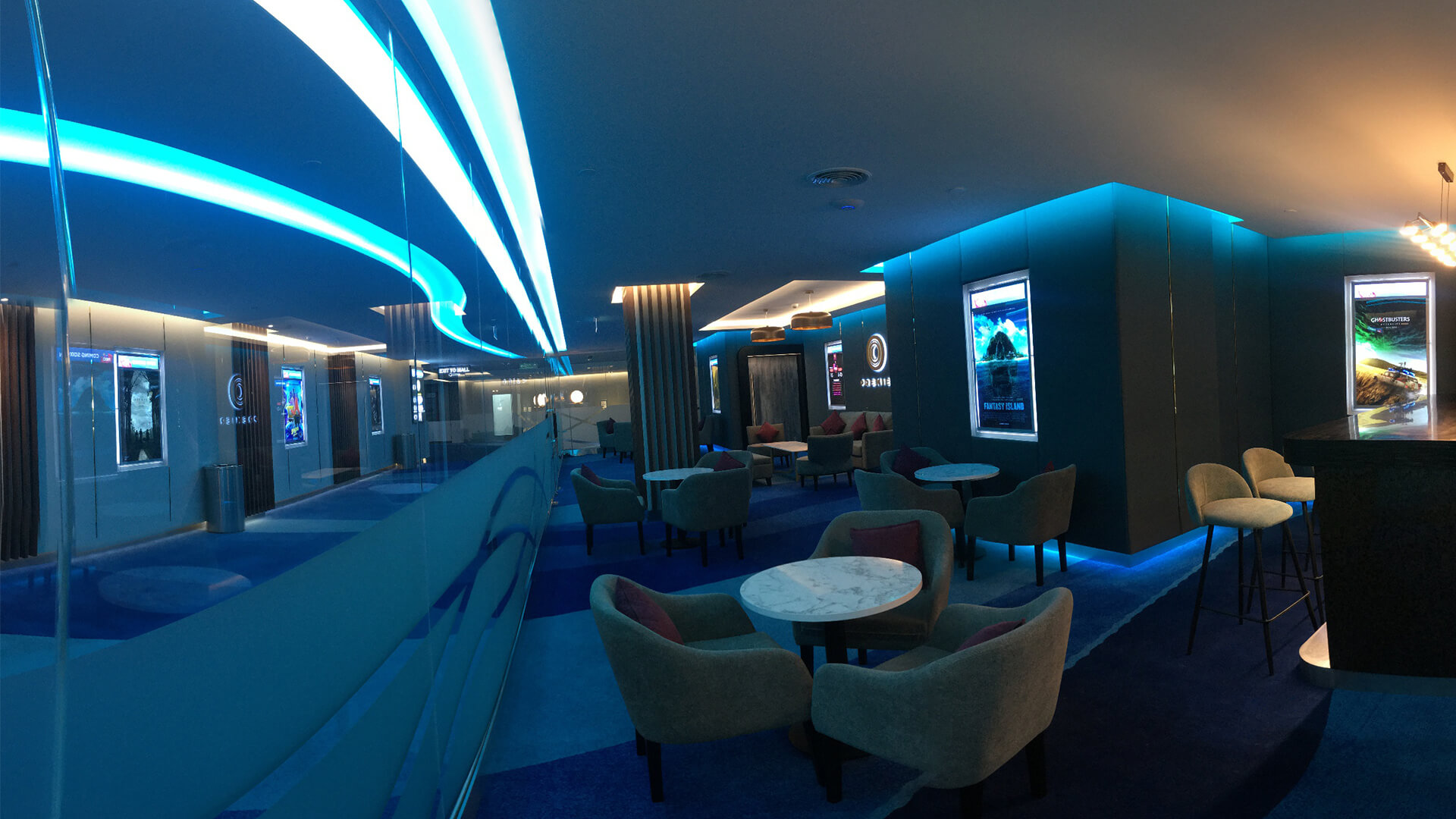 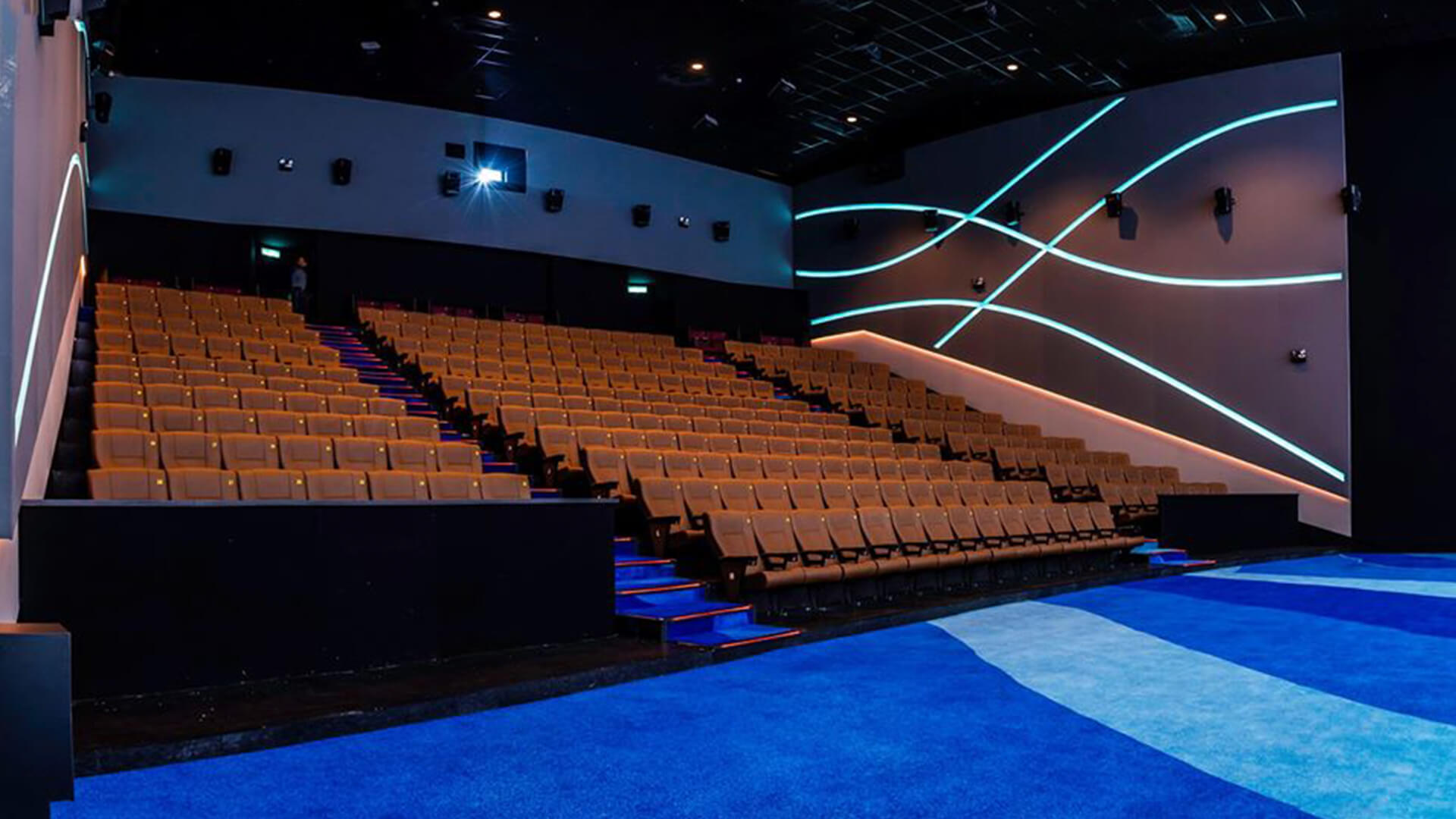 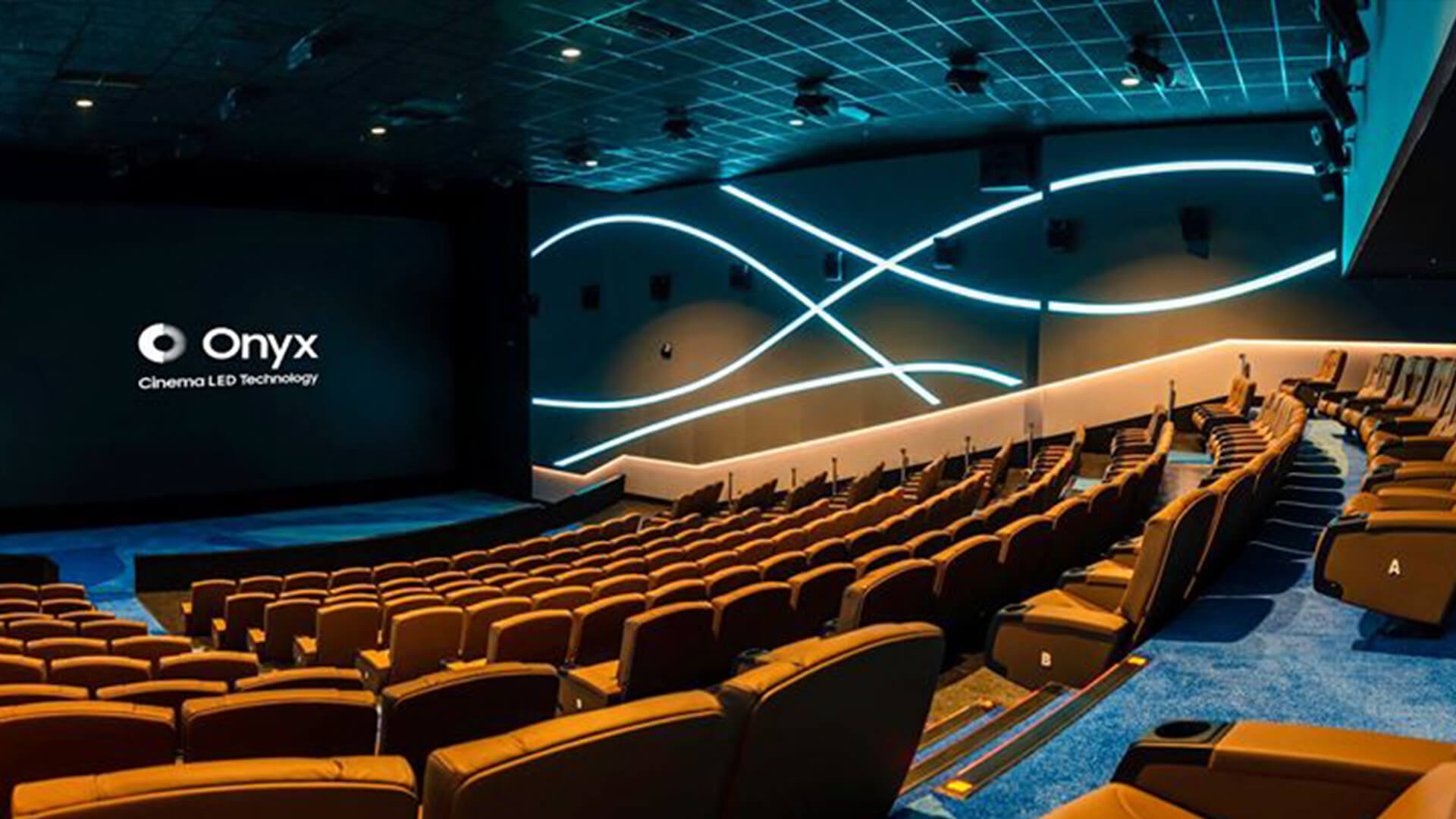 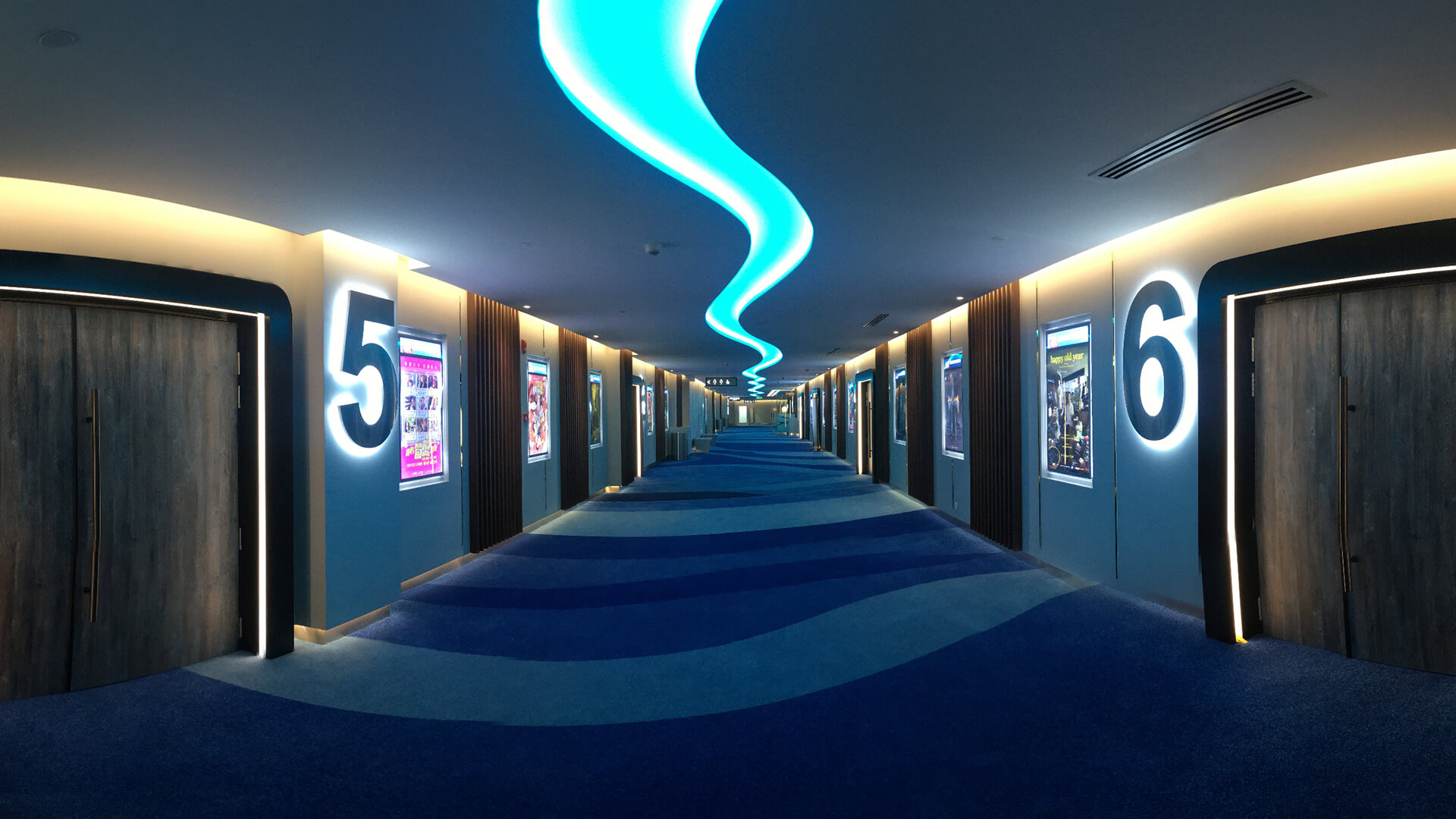